In line with the local Liberal Democrat Party and Green Party manifesto promises at the 2018 council elections, Richmond Council is implementing a 20mph speed limit for the Borough.  The new speed limit is being rolled out in phases across the borough in 2019 and 2020.

Reducing traffic speed will make our roads safer for pedestrians and cyclists, as well as for drivers. 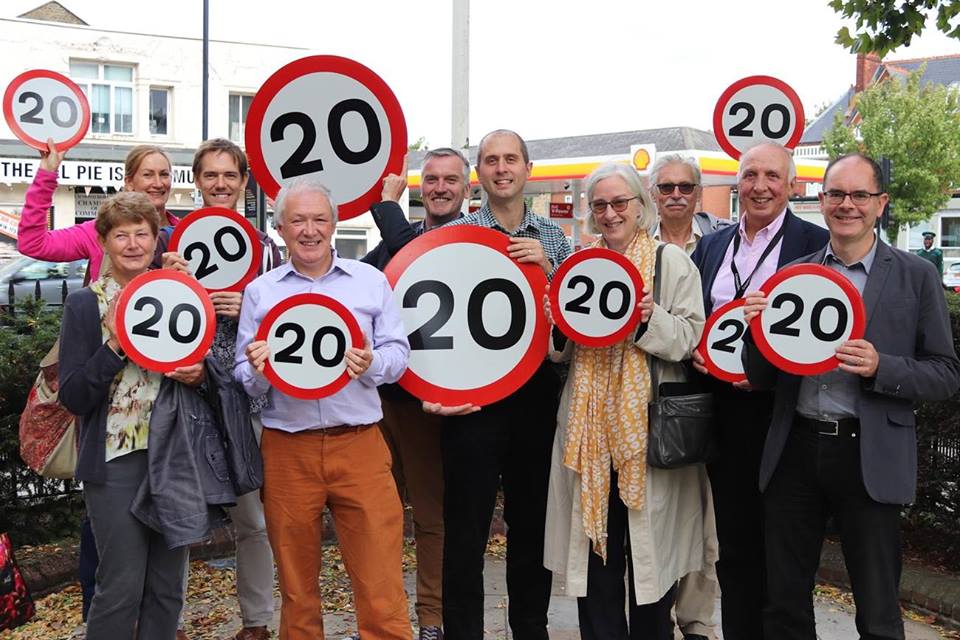 Earlier this year the Council announced its intention to reduce the speed limit on all roads (except the A316 and A205 which are under Transport for London red-route control) to 20mph.

The speed limit would not only reduce vehicle speeds on our roads, but evidence shows that it should reduce the number and severity of road accidents, creating an environment that is more conducive to walking and cycling, and will bring the borough speed limit into line with other neighbouring councils, such as Wandsworth and Hounslow.

From Monday 24 September, residents are being sent consultation materials to their home and are being invited to have their say online. In addition, residents can attend the new Community Conversation events across the borough.

“Many residents have been asking for 20mph for quite some time and today we move a step closer to that ask.  This consultation is asking for valuable input from residents on our proposal and how we can make our borough’s streets that bit safer and less hostile to active travel.”

“If we can reduce the speeds at which motorists travel, then we reduce the risk of accidents and the risk and severity of injury. This borough-wide 20mph limit will also make our roads more accessible for cyclists and pedestrians, encouraging greener methods of transport and helping to cut pollution, which will in turn make our streets cleaner and more enjoyable places to be.

“I would encourage everyone to have their say on these plans, which should improve road safety, walking and cycling as well as reducing vehicle emissions in Richmond upon Thames!”

You can respond to the consultation here: https://haveyoursay.citizenspace.com/richmondecs/20mph-2018/