After recently visiting the West Middlesex and Kingston Hospitals, Vince Cable MP said that a serious risk for both hospitals is the loss of their EU nursing staff, fearful of their future role in Brexit Britain.

Roughly 20% of Kingston’s medical staff are EU nationals, West Mid about the same, and the management is already concerned that these staff are leaving and recruitment is getting more difficult. 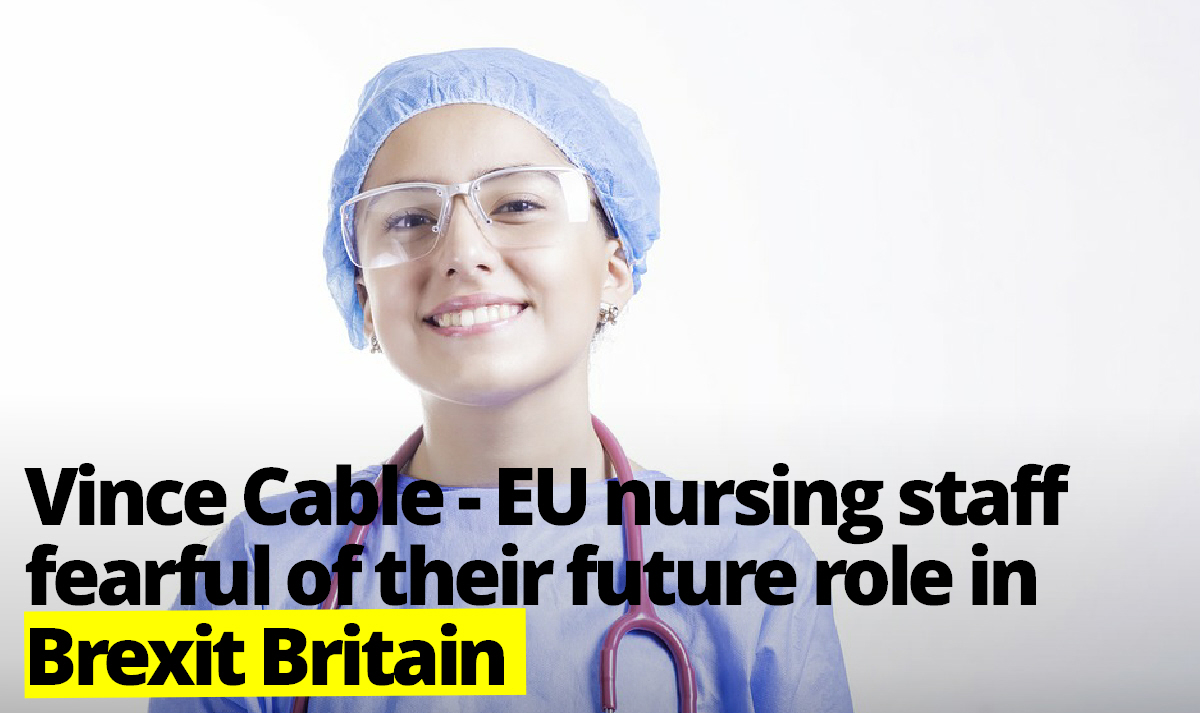 “I gather that the bureaucracy and hostility of the Home Office when they apply for British nationality is one problem; and a general feeling that they are unwelcome.

“The hospitals are now having to step up recruitment in the Philippines, Canada and elsewhere but visa restrictions are a problem.

“Of course, in the long term we need more British trained staff but poor pay and lack of affordable housing are a big deterrent.

“Overall there is real pride and positive thinking about the achievements of both hospitals but Brexit is posing a serious risk.”