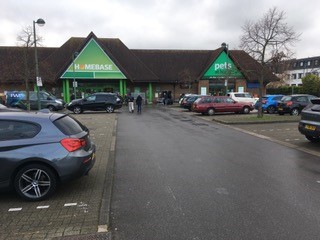 If the developer is allowed to go ahead with their plans to build 453 flats, there will be tower blocks up to eleven storeys high towering over smaller, neighbouring homes, blocking out light and views and invading privacy.  We believe the proposed social housing allocation is insufficient and that the design of the tower blocks is dull, making them even more oppressive.  We consider TfL’s decision to cut three bus services from Manor Circus undermines the developer’s claim that this can be car-free development. We fear its new residents will simply seek to park vehicles on surrounding roads.  We believe the developer is not offering enough money to invest in an upgrade of North Sheen Station to cope with increased demand.

We, the undersigned, call upon Robert Jenrick, the Secretary of State for Housing, Communities and Local Government, to decide on the Homebase, Manor Road planning application (GLA reference: 4795), given the Mayor of London’s intention to overrule the London Borough’s refusal of the scheme.