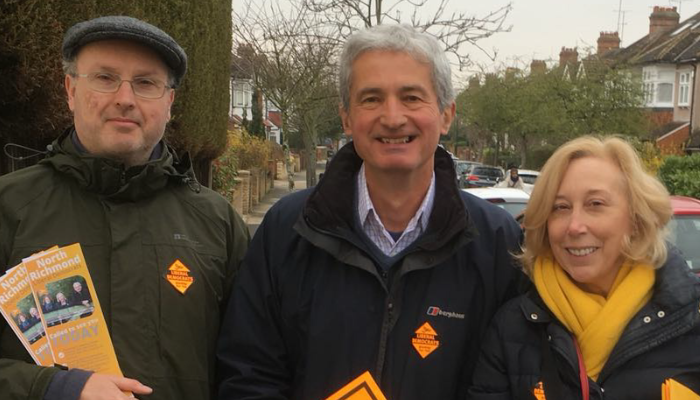 Cllr NANCY BALDWIN is a long-time resident, Nancy has seen many changes in North Richmond. Her toddler group has served hundreds of young children and their parents for over 20 years. Her two adult sons attended Sheen Mount School where they benefited from the excellent education on offer. This is why the lack of state nursery places and the educational funding cuts now facing our local schools are areas of particular concern for Nancy. When not working with toddlers, Nancy works as a career coach and can be found walking through Sheen Wood with her husband on her way to Richmond Park.

Cllr RICHARD PYNE has lived with his family in the North Richmond and Sheen areas for over 25 years. He works as a Management Consultant advising foreign companies on how to set up businesses in the UK. A former Governor of Christs School, Richard cares passionately about proper funding of schools in the Borough. For many years he has served as a horticultural volunteer at Kew Gardens

Cllr RICHARD WARREN has lived and worked in Richmond for 20 years. A strong believer in the importance of community, he volunteers at Richmond Foodbank, and has assisted in other local initiatives from time-to-time, including Sunday lunches for the homeless. A journalist, Richard’s work has been used by many media organisations, ranging from the Financial Times to the Big Issue to the BBC. Richard believes local charities, co-operatives and social enterprises have a key role to play in building stronger communities.