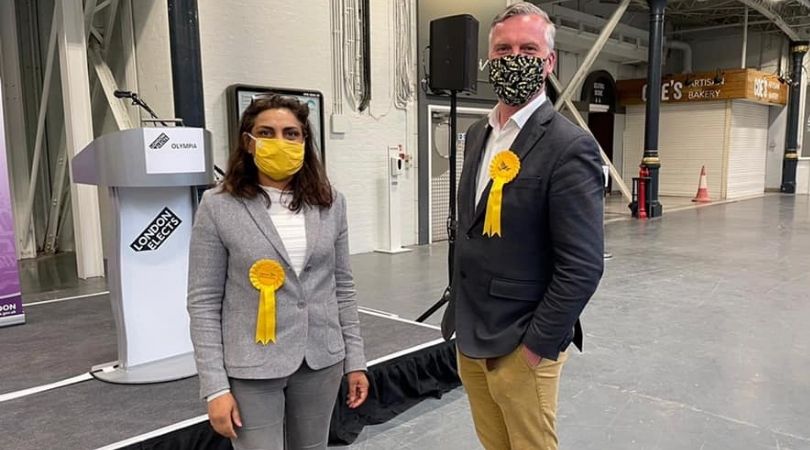 Petra Fleming, pictured left alongside Lib Dem leader of Richmond Council Gareth Roberts, has been elected as the new councillor for Hampton Wick ward, winning over 50% of the votes cast.

Petra gained 2,447 votes - more than twice the number cast for her nearest rival, the Conservative candidate. The Green Party and the Labour Party candidates finished a distant third and fourth respectively.

Petra said: "I am thrilled and excited to have been elected as a Hampton Wick councillor and extremely grateful to have been given this chance to represent the local ward residents."

She added: "I will work hard to listen and act quickly to resolve local issues as best as I can. Thank you to everyone who turned out to vote"

Petra will join councillors Robin Brown and Jim Millard as part of the Lib Dem team working on the issues that matter to people in the local area. All three live within the Hampton Wick ward.