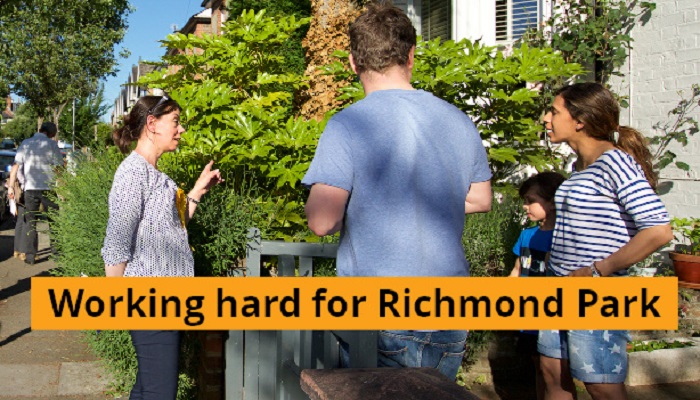 Sarah is a woman of relentless optimism who is passionate about standing up for liberal values and will be a powerful counterpoint to negative, divisive campaigning and the Brexit-backing Tories.

Sarah, who joined the joined the Lib Dems in May 2015, lives in North Kingston with her family. After playing an active part in the GLA and referendum campaigns, she became MP for Richmond Park at a by-election in December 2016, serving the constituency until the dissolution of Parliament in May 2017.

Richmond Park constituency stretches from Barnes in the north to Kingston upon Thames in the south, and includes the whole of East Sheen, Mortlake, Kew, Richmond, Petersham, Ham, Tudor, Canbury, Coombe Hill and Coombe Vale. The boundaries also include the Royal Park itself.

The seat has the following electoral wards:

More information about Sarah Olney's work can be found at www.saraholneymp.org.uk.

Constituents needing advice can email the constituency office at [email protected] or phone the office on 020 8876 2986.