Vince Cable MP has written to Transport for London (TfL) over the unresolved issues surrounding the 110 bus route.

A number of local residents over a number of years, including a previous petition of over 1500 signatures, have asked for the 110 bus route to serve Whitton High Street. At present, local people living in the Woodlawn estate or nearby roads wanting to access their nearest shopping centre must change buses if they want to access the high street.

Vince Cable said, “The heart of Whitton is its high street for people living in the Woodlawn estate, and nearby roads. With a small amount of rejigging, the 110 bus would get local people, many of whom are disabled or elderly, to shops with a minimum amount of difficulty. Instead, people have to change buses to get to the local shopping centre, even though diverting the current route adds a few minutes to the journey”. 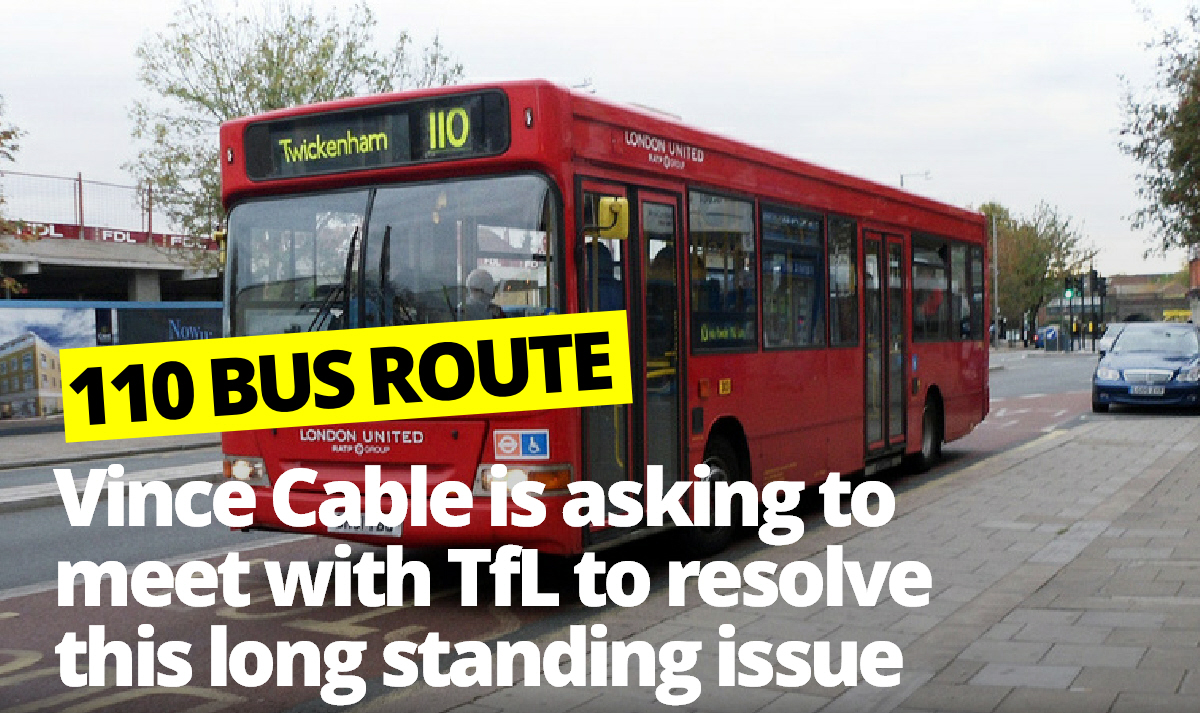 Vince Cable is asking for a meeting with Transport for London officers to see if this long standing issue can be resolved.

Vince Cable added, “This is not an issue that is going to go away. I think it would be helpful if TfL could review their position and sit down with myself and local councillors to see if this issue can be resolved for the benefit of residents, especially those with mobility issues who find it difficult to access shops and services on Whitton High Street”.

Local residents also raised similar issues during the recent pre-planning community forum discussions with the new college site by the A316. A new service could link up the college site with the Dene Estate, Counties Estate and then up into Whitton.

Local councillor Liz Jaeger added: "Another idea that has been suggested to TfL, and would resolve this issue, is a circular route from Twickenham Station, running down the A316 to serve the new college developments, and returning back through Whitton. This would link several poorly served housing estates with Whitton town centre."