Vince Cable has welcomed the decision by The Royal Parks to remove no cycling signs throughout the Duke's Head passage from Hampton. 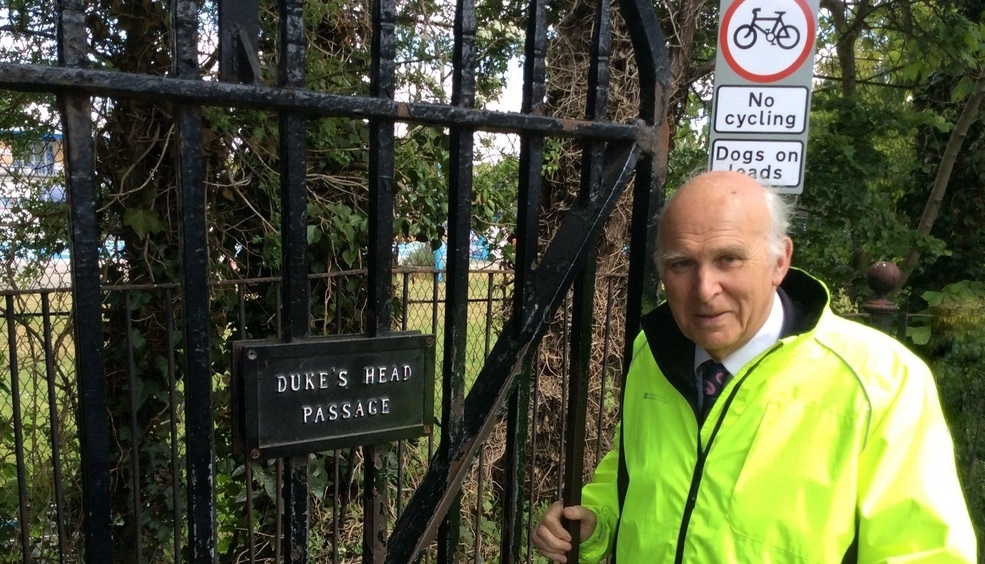 Royal Parks will replace the present signs with new signage asking all park users to show mutual consideration and respect.

"Pedestrians, cyclists and dog walkers have for a long time managed to rub along together perfectly well for decades along Duke's Head Passage with little, if anything, in the way of confrontation.   This is an important cycle route, which I have used myself in the past.  Responsible cycling should be permitted.