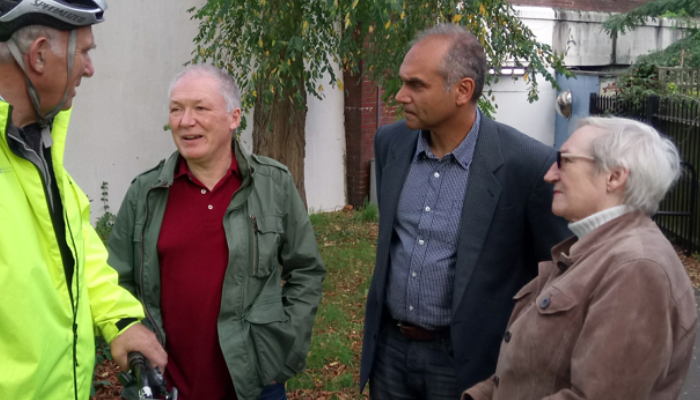 Piers Allen, Alan Juriansz and Helen Lee-Parsons stood for the Liberal Democrats in the May 2018 local elections and were all successfully elected as Councillors for West Twickenham ward.

Piers Allen has lived in West Twickenham ward with his family since 1991. He’s been a community activist in Twickenham and Richmond Borough for all of that time, first joining the Governing body of Trafalgar Junior in 1993 and recently becoming the LA governor of the new Trafalgar Schools Partnership. Piers has been elected councillor in the ward since 2006. Piers takes a special interest in Crane Park and Kneller Gardens and in health issues in the borough

Alan Juriansz has lived and worked in Twickenham since the 1980's starting his podiatry practice in Heath Road in 1987 . His children attended St James Primary, Orleans Park Secondary and the Tertiary College. He has always played a part in the local community and for several years with his wife was a scout leader at a local group in fortesque ave. He is a director of the Twickenham business improvement district which is the local business group that provides funding for things like the Christmas lights and discounted parking in central Twickenham.

Helen Lee-Parsons “As a local councillor since 2006, everything in this area is of importance to me in relation to the effect it has on you my constituents. “Education - is a priority at all levels including SEN provision. Housing - in particular real affordable housing that everyone can invest in, together with more social housing, and repairs for existing dwellings. I will work towards the ideal of an inclusive community, and a local authority willing to listen to us all.”